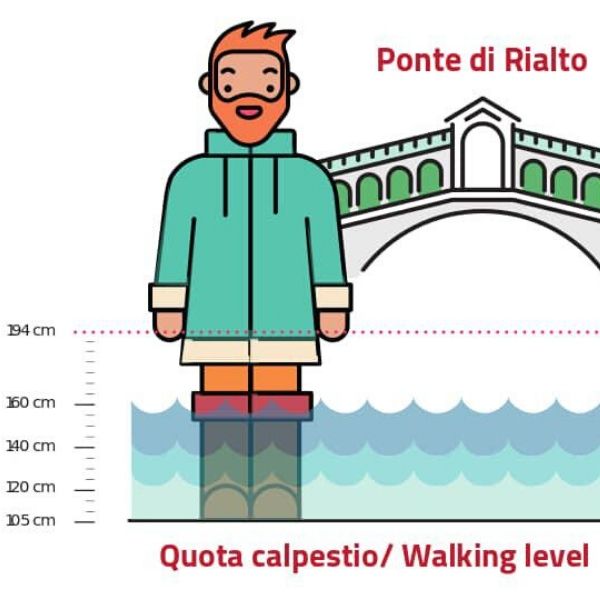 The high tide in Venice

The tide in Venice is measured and predicted on the historic zero of the city. The illustrations indicate a tide level that can affect the walkable ground of three reference areas.