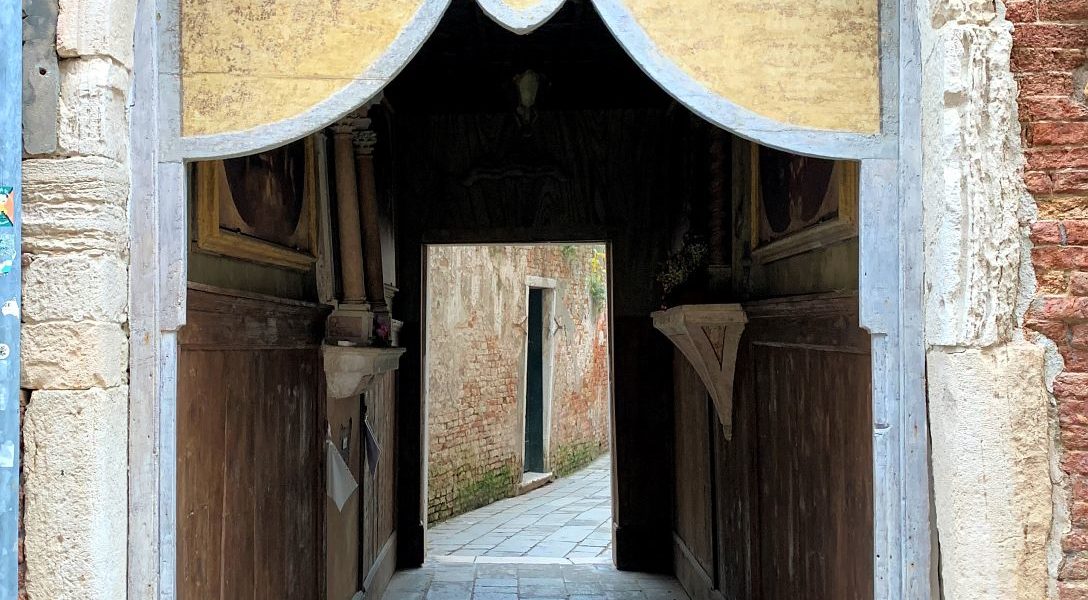 When one decides to take a vacation in Venice, one thinks there is the possibility of getting lost around the city, which gives the feeling of being a labyrinth.

The sotoporteghi contribute to making it so, when we walk around the city we encounter many of them, some connect a calle, a corte, a campo or a fondamenta, others flow into or alongside a rio.

The sotoportego is a public transit passage connecting to courts or fields is the most common because it provides access and viability can be called a shortcut;
Merging or flanking a rio, on the other hand, it gives the opportunity for boats used for transporting things to shorten the route, walk to their destination, and return by boat when they have finished their planned tour.

Above the entrance to each sotoportego we will find a name, it may be connected to the trades that were practiced along the sotoportego itself, or to allusions of a religious nature, sometimes to fantastic creatures.

In this regard, a legendary sotoportego is located between Corte Nova and Calle Zorzi (sestiere di Castello): during the Black Death of 1630, unfortunately, the inhabitants of no area were spared, except for the residents of Corte Nova, who were protected; legend has it that today the red stone symbolizes the defeat of the plague.
Since then, anyone who passes the sotoportego is very careful not to step on the stone fearing it will bring bad luck and misfortune.

Besides making Venice even more mysterious, they give the feeling of a gloomy environment, the feeling is due to the lack of lights being part of a covered foundation at times, but at the same time they create cheerfulness by glimpsing a light at the end of the tunnel.

Most sotoporteghi are very old, made of Istrian stone or white marble, thanks to the scenic architectural structure they make the city magical in the eyes of everyone, tourists and Venetians alike.
We are waiting for you!