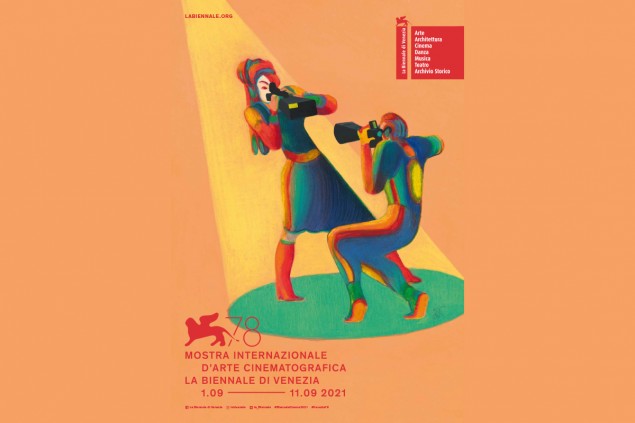 The start date of the 78th Venice International Film Festival is approaching, which will take place as every year on the Lido from 1st to 11th September 2021.
The aim of the festival is to make known and promote international cinema in all its forms: art, entertainment industry, in a spirit of freedom and dialogue.

The history of this festival is very special.
Its first edition in 1932 was very small because the film Dr. Jekyll and Mr. Hyde by Rouben was screened on the terrace of the Hotel Excelsior.
It has evolved over the years to become one of the most important international film events in the world.
Every year the city hosts the V.I.P. and many enthusiasts come to Venice to see the new films selected and to attend the award ceremonies.

The 2021 edition is one of the most special. The programme is very rich, studded with films produced by the major companies, 5 Italian films in the competition and the presence of many international stars.

Here is an overview of the most eagerly awaited films:

Dune, directed by Denis Villeneuve based on the 1965 cult sci-fi novel by Frank Herbert. A high-budget operation with a stellar cast. It focuses on the noble Atreides family and their involvement in the power struggle for control of the most precious substance in the universe, spice.

It was the hand of God by Paolo Sorrentino in which he sets his story evoking the sudden death of his parents in 1987, exploring his love for Diego Armando Maradona’s Napoli team.

Mainetti, on the other hand, returns to talk about monsters “Freaks out“. This time he will focus on the freaks of a local circus in the mid 1940s.

The honour of opening the 2021 edition of the festival goes to Pedro Almodovar with Madres Paralelas, a film about two future single mothers waiting to give birth, united in the same hospital room, divided by the spirit with which they face motherhood.

Which film will win the coveted Golden Lion?